A Minute by Tuk Tuk: The Journey From Galle To Colombo 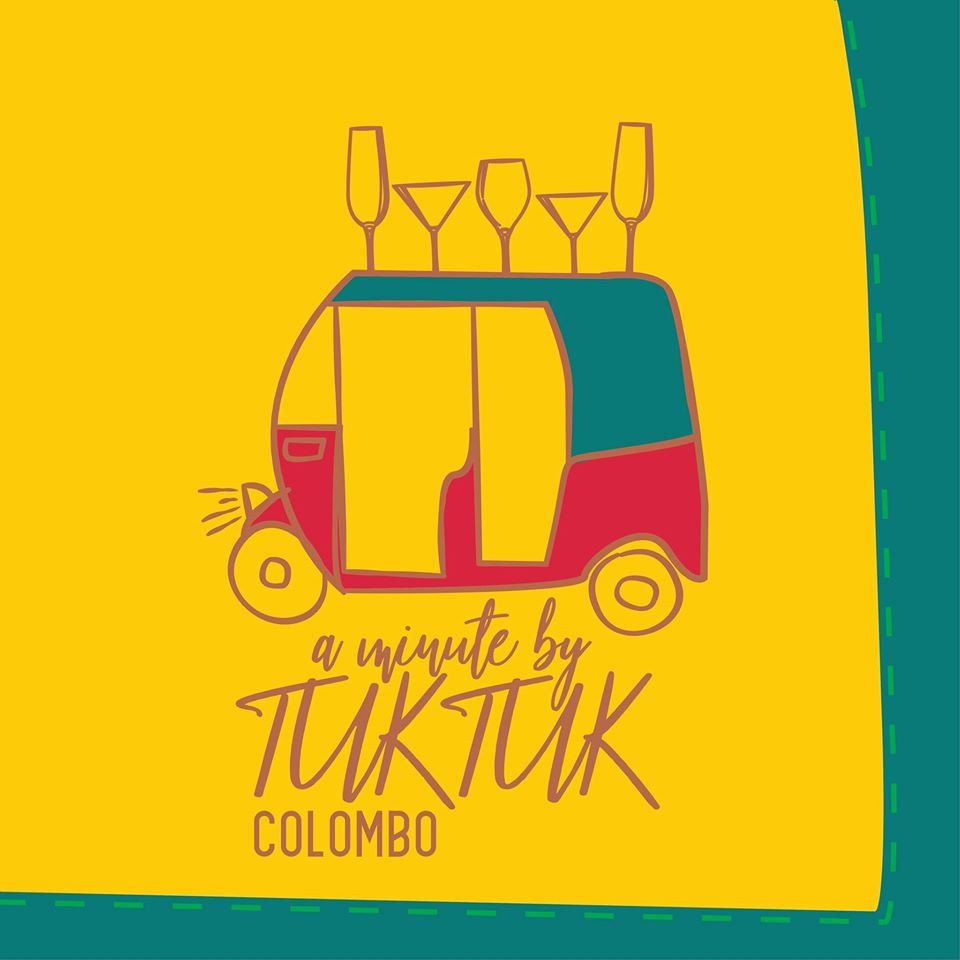 When One Galle Face opened its doors in November 2019, it created quite a buzz amongst the public. The largest of its kind in Sri Lanka, OGF is host to over 200 tenants including local and international brands in entertainment, technology, beauty and shopping and dining. With several other well-known restaurants opening outlets at the mall, our challenge was to bring the spotlight on A Minute by Tuk Tuk, by building up a resounding brand presence on social media. Another challenge that added an interesting dynamic was the fact that its first and only other outlet was located in Galle Fort. So, we had to come up with a unique way to announce the restaurant being opened at the One Galle Face Mall to create top of mind recall and increase the footfall.

Our inspiration for this campaign was announcing A Minute by Tuk Tuk’s arrival in Colombo in style. Following ideation and brainstorming sessions, we decided that the creative approach we wanted to use for this campaign was going to be surrounding the Tuk Tuk, which is synonymous with Sri Lanka today and also a key element associated with the brand. Since the restaurant was already an established and well-known one in Galle, we wanted to use one of the main logo elements of the brand, the Tuk Tuk, and showcase its journey from Galle to Colombo. The idea behind this approach was to indirectly communicate that the restaurant itself was headed to Colombo, using the Tuk Tuk as an element of symbolism. Using this idea as the base, we extended it with a range of teaser posts to create the hype, showcasing the Tuk Tuk’s journey while also subtly bringing out iconic locations in the background like the Galle Fort and the Galle Face stretch. We finally revealed the location by communicating that the restaurant, or in our creative approach, the Tuk Tuk, was ‘parked’ at One Gale Face. 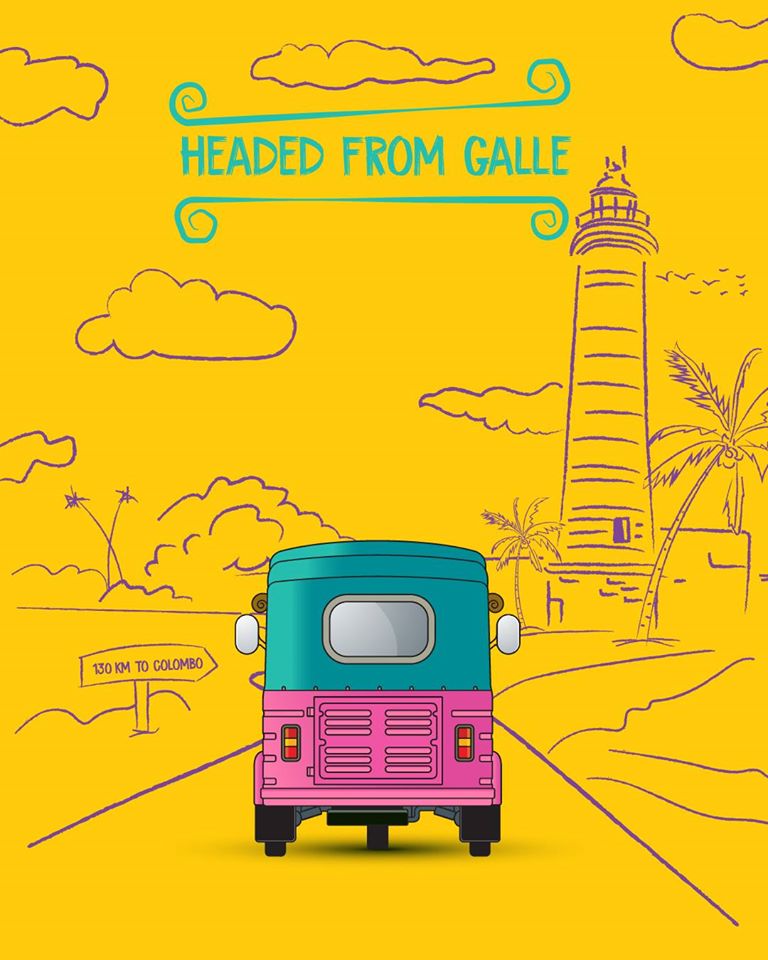 While we wanted to focus on communicating the message of A Minute by Tuk Tuk’s arrival in Colombo, we also wanted to ensure the inclusion of what the brand stood for: the fun and quirky side of Sri Lankan culture, food and hospitality. We aligned the Copy, using both Sinhala and English, to match the flamboyant brand personality of A Minute by Tuk Tuk by creating vibrantly colourful content, representative of the brand paying homage to Tuk Tuks.

We curated content to create intrigue and engage with customers through teaser posts and maintained a similar fun tone with our subsequent posts which went in the form of both, static posts and videos. These posts were also created in mobile-first style content keeping in mind the rising significance and popularity of vertical content. 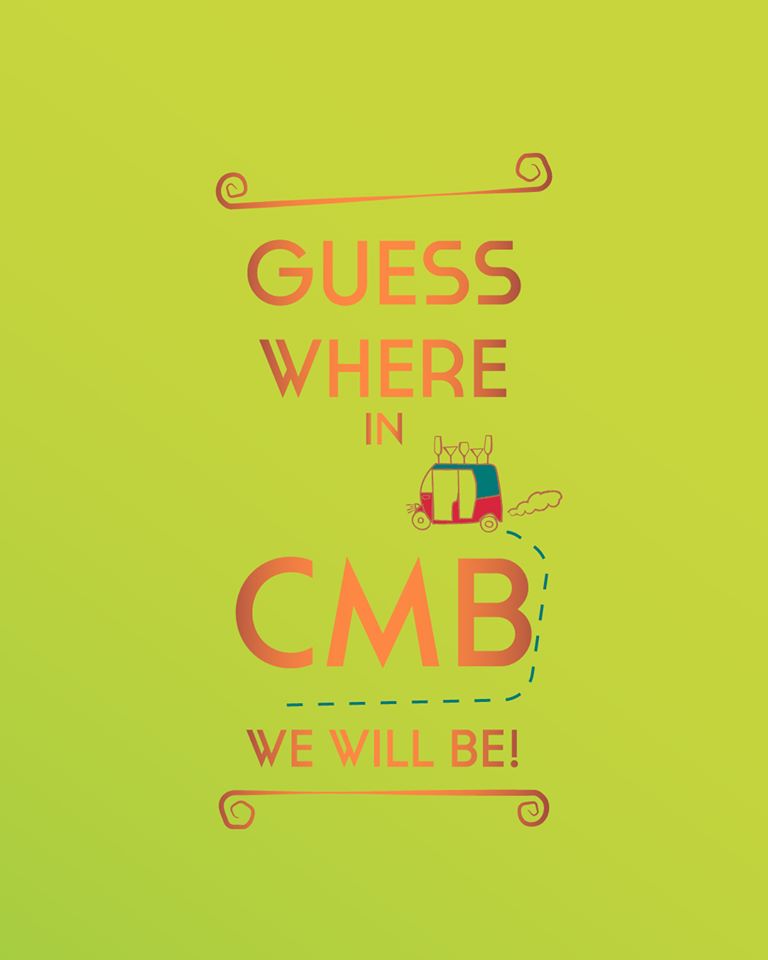 The teaser posts aptly built up the hype and customers were geared up for the restaurant’s opening in Colombo. We then announce the location of the outlet with a creative video ending customers’ wait for an authentically Sri Lankan Culinary Experience. 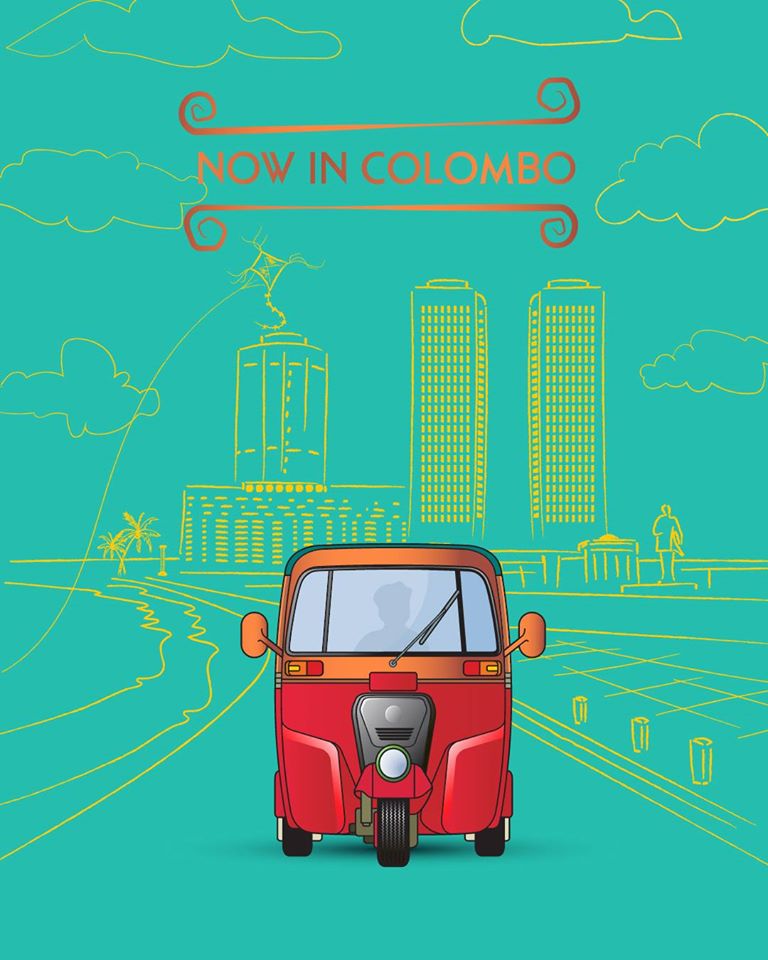 We also proposed a range of sustenance posts to maintain the momentum gathered. This included creatives highlighting products as well as engagement posts and creative Instagram videos. 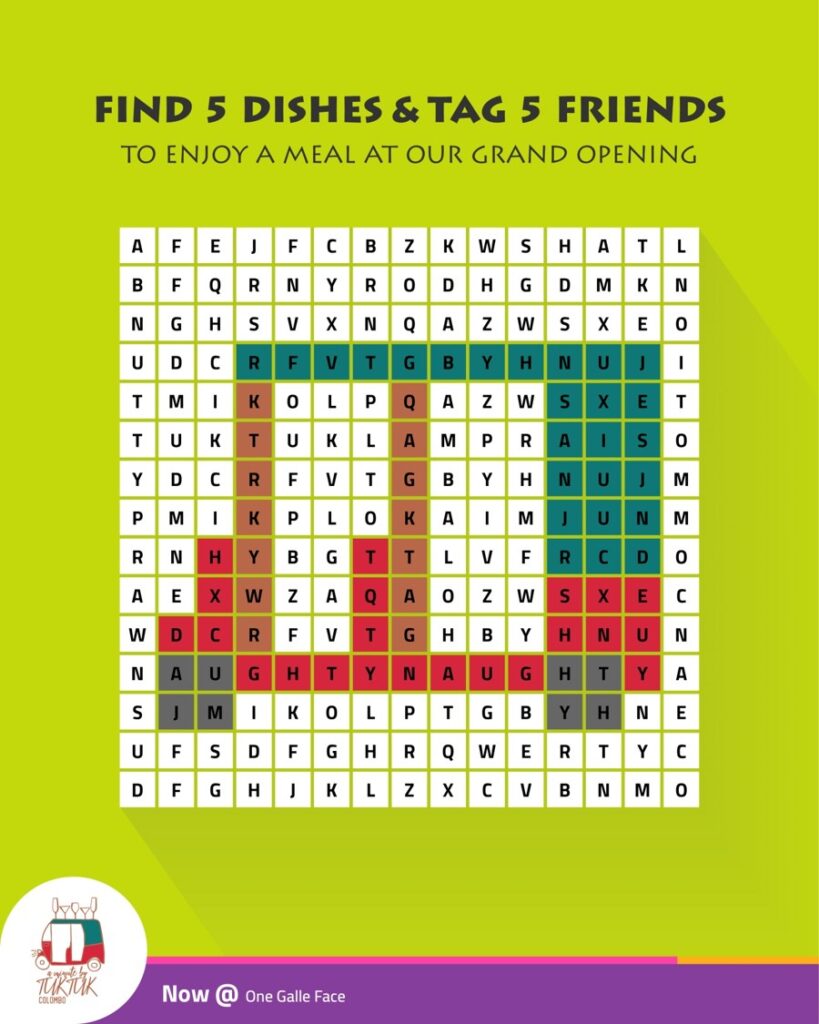 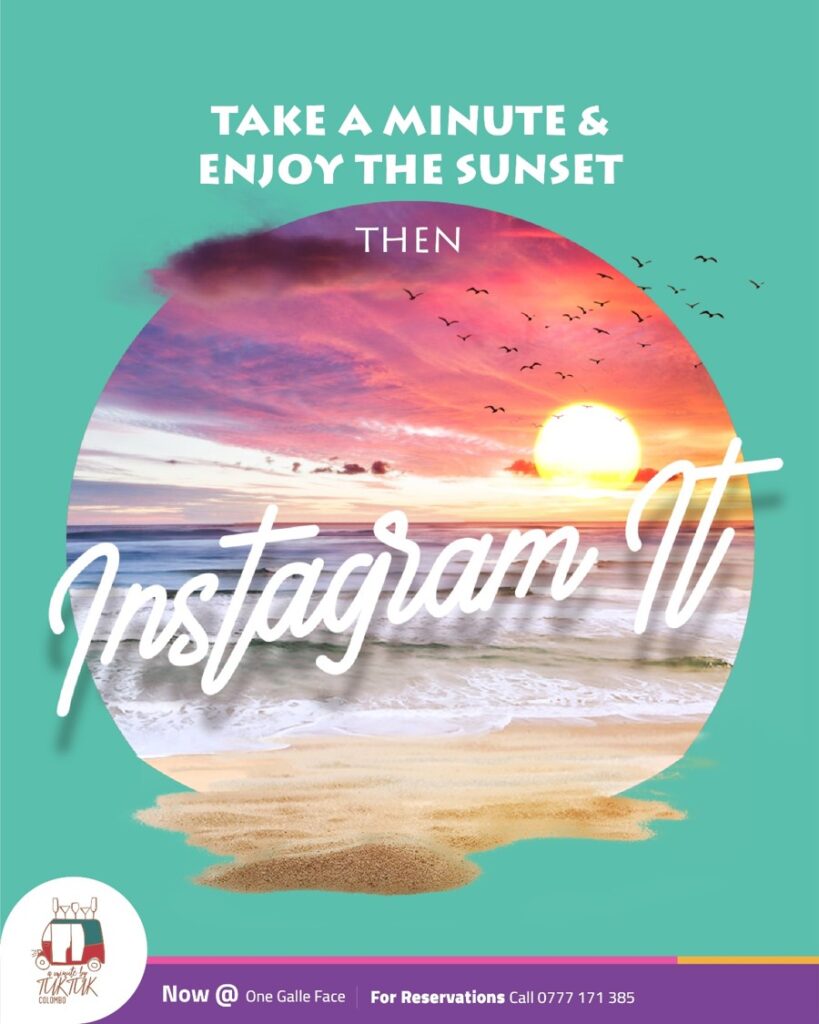 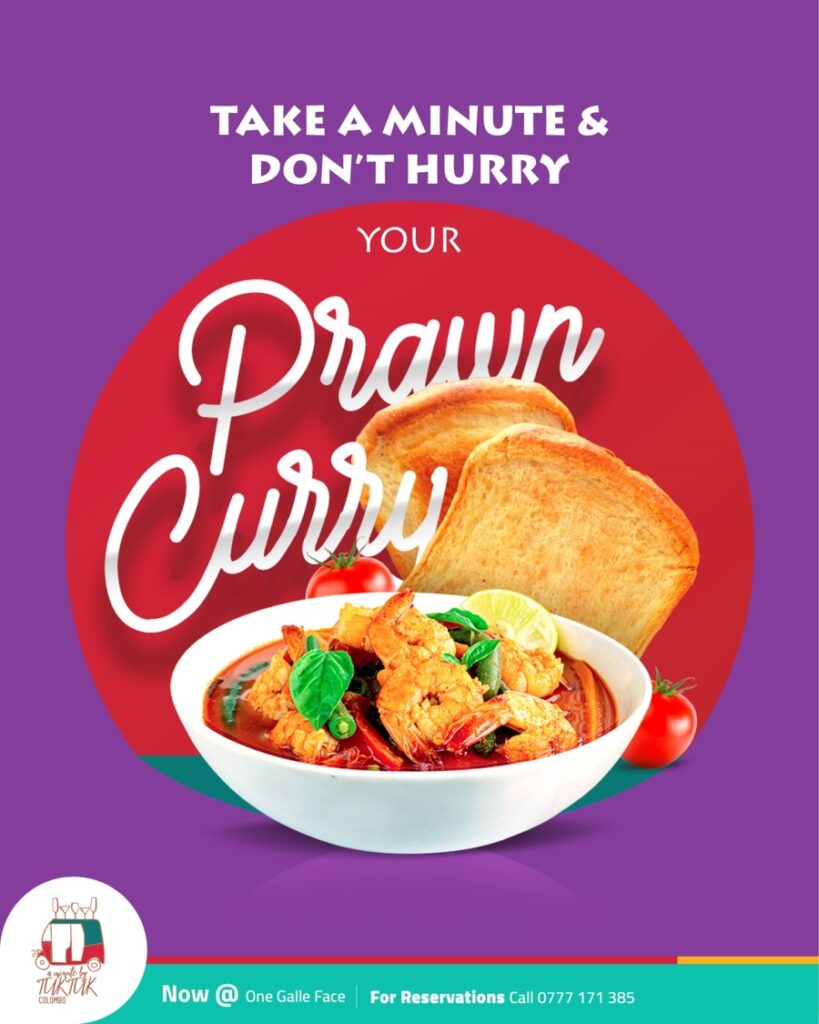 All in all, we reached across all social media platforms effectively, created top of mind recall and managed to make A Minute by Tuk Tuk stand out from competitors with vibrant, clutter-breaking and creative content.