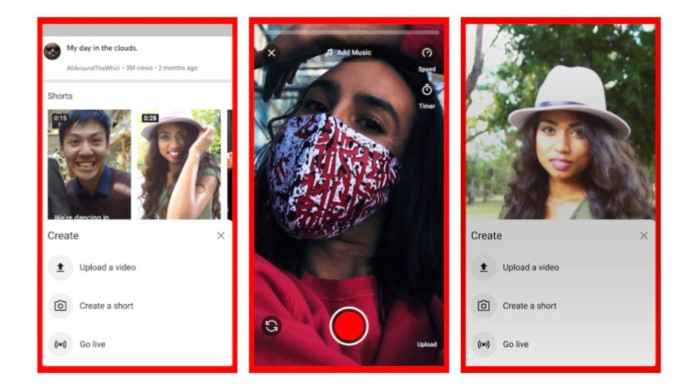 Over the last few months there has been a lot of uncertainty regarding TikTok’s fate in several regions around the world. This has led to competitors pouncing on this looking to capitalize on the short-form video format’s success with their own features and platforms to rival TikTok; take Instagram Reels for instance. Now, the competition looks set to become even fiercer with YouTube announcing their own new short-form video experience called ‘YouTube Shorts’.

YouTube Shorts will let users upload 15-second or less short form videos utilizing a range of creator tools such as a multi-segment camera, speed controls, a timer, a countdown feature and access to YouTube’s large library of songs that will continue to grow over time. The multi-segment camera, which enables users to string together multiple video clips and other creator tools power creators to bring the best out of their imagination and creativity. These features have a proven track record as it has contributed to elevating TikTok to the lofty heights they have reached, and Instagram Reels following their footsteps is a further testament to this fact.

This feature is set to be initially launched in India and be prominently highlighted within the YouTube Android App and will expand to iOS soon. Choosing India to launch YouTube Shorts could be classified as a timely strategic masterclass, considering Chinese-owned highly successful rival TikTok has just been banned in the country. Although a timeline wasn’t provided, YouTube plans to offer the feature to more markets in time.

Just like TikTok, YouTube are placing great emphasis on a friendly user-experience. The app will let users swipe through YouTube Shorts vertically, as well as feature a row on the YouTube homepage to watch and discover more short videos.

This feature comes on the back of a summer of YouTube experimenting the format with a small group of content creators. YouTube maintains that the launch in India will be a test they aim to learn from with the goal of improving the product and subsequently expanding access.

The uncertainty surrounding TikTok has stimulated a greater competition in the market where YouTube will come up against Instagram and Snapchat to become a front-runner. While the battle for market leadership will be quite intriguing, there’s no doubt the competition would push each platform to ouster rivals by upping their game, which is great news for users.