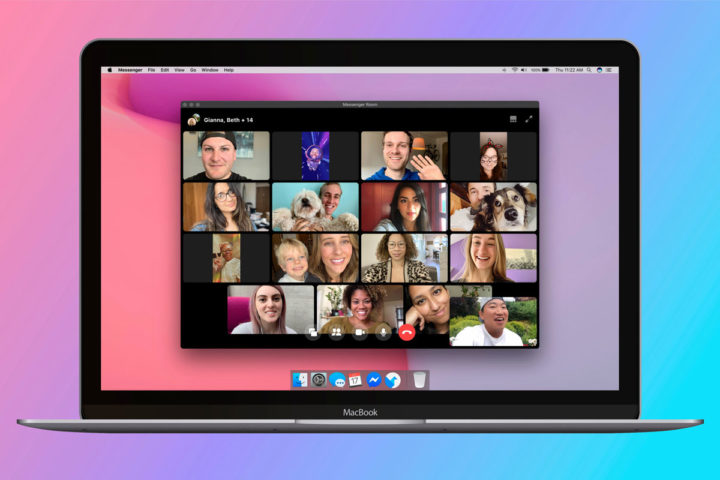 The ongoing global pandemic has brought about some never-before-seen implications. One of the key insights on digital is the behvioural shifts in online platforms. As of this moment, the popularity of Video calling apps is at an all-time high with Zoom and Houseparty being the main beneficiaries. In light of this, Facebook has introduced Messenger Rooms, a new video calling tool across their platforms.

With the global pandemic forcing lockdowns almost everywhere in the world, people have had to stay indoors relying on digital tools to stay connected to different aspects of their lives. Video calling apps have gone a long way to fill that void and the numbers speak for themselves. Zoom has gone from 10 million users in December to over 300 million users today. Houseparty has gained over 50 million users in the last month alone. Yet until now, Facebook who have always been known to connect people, have not met that demand. But, things could be about to change.

Despite over 700 million accounts participating in calls daily on WhatsApp and Messenger, Facebook has felt the need to help people feel like they’re together, even when they are — or have to be — physically apart. This is what has led to the introduction of Messenger Rooms.

Regardless of the head-start those Zoom & Houseparty have had, Facebook undoubtedly possess the resources and tech it takes to compete with them. For a start, Messenger Rooms will allow up to 50 users join a call while it’s up to the room creator to decide whether it’s open to all or lock it to prevent uninvited guests from joining. Initially, you will be able to start a room from Facebook or Messenger, but the feature is soon set to be expanded to Instagram Direct, WhatsApp, and Portal. Facebook’s massive user base across different platforms coupled with the fact that users won’t even require a Facebook account to join rooms leaves the company in good stead to take on the stiff competition.

Facebook never shy away from the fact that they see immersive platforms like AR and VR as the future. The company adds that to the video calling experience on Rooms with a wide range of augmented reality filters allowing users to swap out real-life backgrounds for a virtual one; even 360-degree views in some.

In light of the recent “Zoombombings” controversy on Zoom, Zuckerberg has reiterated the strong privacy controls Messenger Rooms has been designed with. Additionally, the feature’s reliance on connections with your real-life friends and family make it less likely that it will be used to harass people.

The app is set to be rolled out across the globe in the coming days. With the unprecedented popularity of Video calling and the immense surge of Zoom & Houseparty, it’s going to be intriguing to see how Facebook makes room for itself at the top of the video calling market with Messenger Rooms.