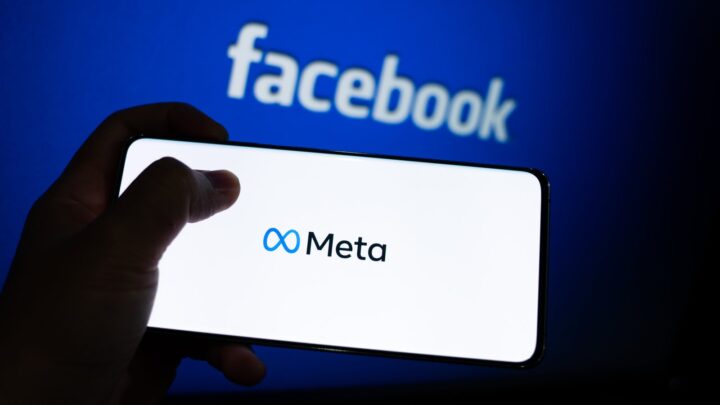 Get ready for a lot of confusion in the coming months as Facebook has rebranded its corporate name to Meta. On October 28th, Mark Zuckerberg announced the new name saying that changing its name to Meta would better “encompass” what it does as the company strives to reach into areas like Virtual Reality (VR), beyond just social media and advertising.

Note that this change does not apply to its platforms like Facebook, WhatsApp and Instagram, but only to the parent company that owns them. The firm even changed the logo outside its building from its thumbs-up “Like” with a blue infinity shape on the same day.

Zuckerburg further says that the rebrand was meant to emphasize its “metaverse” version- “an online world where people can game, work and communicate in a virtual environment, often using VR headsets” as the previous brand wasn’t expressing “everything” they are doing or planning to do.

In other words, the company looks out to grow into the virtual world, and this rebranding is seen as one of its initial steps. The new “Meta” inc will be focusing on building VR products that connect users via a different medium as he predicts that one billion people will be on the Metaverse in the next decade.

The Metaverse is a three-dimensional virtual space where users can create avatars to represent them virtually at some other pace. That is, instead of looking at the internet, it would be an internet we are a part of. This concept is regarded as the future of today’s internet. Nevertheless, this vision has years ahead in the future to be realized, says the vice president of the company, Nick Clegg.

Moreover, The Facebook CEO stated that “privacy”, and “safety” controls will be built into the Metaverse from day one. Thus, as a user, you will have the independence in choosing and blocking people appearing in your space or can take a break to teleport to a private place and be alone in this new-to-be found world.

However, according to several sources, Facebook might face trouble with getting everyone to call them Meta. There are suspicions that this renaming act looks like Facebook is trying to divert the attention from the list of negative stories that were released on the company name recently. Critics say that the firm has done this as the brand name has now become toxic. Another point Critics claim is that it’s a bit strange that the name is rebranded into a concept that doesn’t even exist yet, saying it’s their long-term plan which is way ahead of what they do now.

Regardless, Zuckerburg hopes that this restructure will give let him focus more on things that excite him apart from all the criticisms and we will have to wait and see if the world will go along with it.

Are you looking for managing your brand as we head towards the Metaverse? If so, contact the Creative Digital experts at Seven Media by calling us on 076 629 0442.